LESLEY TELFORD
"Telford has a profound way of tapping into emotional and intellectual landscapes. She is an exciting voice to watch as we go forward in this next generation of choreographers."
​​- Emily Molnar,  Nederlands Dans Theater 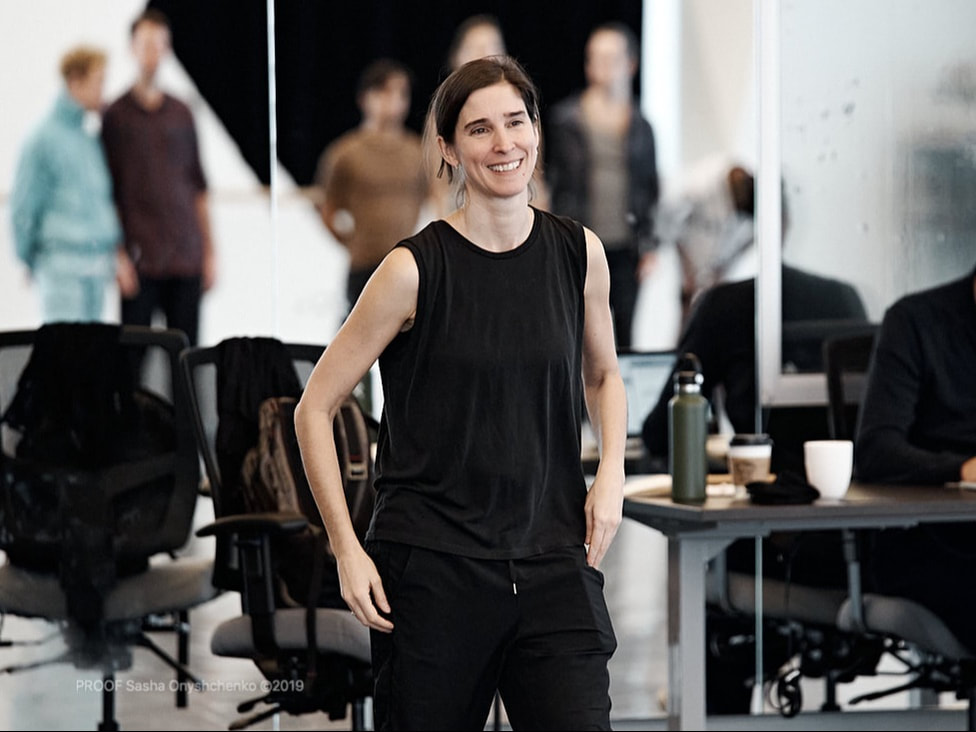 Lesley Telford is a choreographer and the Artistic Director of Inverso Productions. She is grateful to live and work in Vancouver on the unceded and ancestral territory of the Musqueam, Squamish, and Tsleil Waututh people. Her recent work incorporates text, visual art and science.

Lesley finished her studies in Montreal at L´École Supérieur de Danse du Québec before joining the company Les Grands Ballets Canadiens. She went on to dance with Nacho Duato´s Compañia Nacional de Danza in Madrid, Spain. Most recently she danced with Netherlands Dans Theater 1 where she worked with choreographers such as Jiri Kylian, Paul Lightfoot and Sol Leon, William Forsythe, Ohad Naharin, Johan Inger, Crystal Pite and others and performed in major theatres worldwide. She has set and staged the work of Jiri Kylian as well as Lightfoot/Leon. ​

As a choreographer, she has created for Ballet BC, Netherlands Dans Theater 1, Hubbard Street Dance Company 2 (US), Compañia Nacional de Danza 2 (Spain), Ballet Vorpommern (Germany), International Project for Dance in Rome- DAF (Italy), Butler Ballet (US), University of Utah (US) and Arts Umbrella Dance Company. She won the Pretty Creatives choreographic competition at Northwest Dance Project in 2014. Her work has been presented in the CaDance Festival and Korzo Theatre in the Netherlands, International Festival Madrid en Danza and the Reina Sophia Museum in Spain, Chutzpah Festival, the Banff Festival of the Arts, The Gothenburg Dance and Theatre Festival and the Schmiede Festival. She is the founder of Inverso Productions, a platform for interdisciplinary performance, through which she produced and choreographed 2 full-length works: Brittle Failure which has been a part of tours and festivals in Spain, the Netherlands and Canada and Spooky Action which premiered to enthusiastic reviews.

As a teacher, she has given workshops and classes internationally in many companies and schools such as Ballet BC, Spring Seminar Vancouver, Prague International Contemporary Dance Intensive, Danscentrum Gothenburg, Madrid Conservatory of Dance, PIES Seminar Argentina, NDT Summer Intensive and NDT educational projects. She teaches classes of repertoire, ballet, contemporary, movement exploration and improvisation/composition.

Interested in furthering her artistic research and exploration into the field, she has a Master of Arts in Cultural Production from the joint program of the University of Salzburg and the Mozarteum. Her thesis examined the use of the museum as a performance space for dance. She was also a fellow in a joint research project with the Zurich University of the Arts in 2013.

She was selected by Crystal Pite for the Vancouver Mayor's Arts Award 2015 as emerging artist in dance.